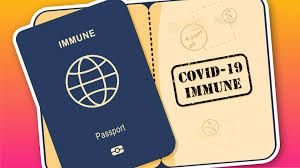 I campaign on a lot of different issues, I'm passionate about these, as a freelance journalist I'm frustrated at the low level of disability representation in TV and media.

When I turn on news or factual programmes, there are very few presenters with a disability, or on panel shows whether topical or general news items.

When it comes to acting Hollywood is falling behind British TV, more recently producers have created a number of disabled characters with multi layered storylines ,and hired disabled actors in the roles.

The only time when growing up I saw disabled representation on TV was a storyline where a disabled child was born to able bodied parents. In 2006 Eastenders' character Honey give birth to a daughter with Down's Syndrome, played by Grace, viewers have followed her on screen journey, Janet is now 13.

From 2014 to 2018 Eastenders introduced a character called Donna Yates, she was in a wheelchair. The role was play by Lisa Hammond who has Pseudoachondroplasia and joint hypermobility.She revealed in an interview October 2015 that she received abuse from strangers in the street because of her disability. She spoke about how her wheelchair use received backlash from the public. "The main image of wheelchair users is that of paralysis. So when I get out of my chair to do a scene on my feet, people don't like it. If I'm feeling good and want to walk in that scene, I will. But if I can't or pain levels are bad then I'll use my chair. I've been shouted at. I've had people say, 'Oi, why are you in a chair when you were walking on EastEnders last night?'"

On the opposite channel Coronation Street in October 2015 introduced adult character with down syndrome Alex Warner, played by Liam Barstow. He started acting in primary school,then joined Mind The Gap, a leading disabled theatre company in England.

It is not just on soaps we are trying to break down the barriers in 2018 Britain's Got Talent crowned Lost Voice Guy , the first ever stand up comedian to win the show, aka Lee Ridley , who has cerebral palsy. Lee performs using an electronic voice box. Runner Up that same year was Robert White, also a comedian, who has Aspergers.